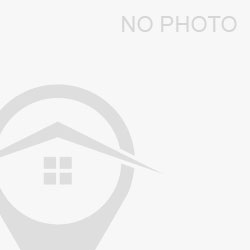 Dusit is one of Bangkok’s oldest neighbourhoods and can be found in the north of the city. While this neighbourhood is mostly residential, it also features some of Bangkok’s most prominent landmarks such as Vimanmek Mansion and the luxurious The Siam Hotel, as well as offering easy access to Khaosan Road and other tourist areas. A large number of schools and universities can be found in this area, making the Dusit neighbourhood a good place for Western teachers to stay. Many of the Thai-style houses here have been converted into houses for rent in Bangkok, which offers expats the chance to experience something a bit different.

People who are looking for modern condos to rent in Dusit will find a good number of options on Nakon Chai Si Road such as Dusit Condominium. Dusit Avenue in Sanghalok Road is another of the recently built condos to rent in Dusit that is popular among Westerners. One of the great things about both of these roads is that they are lined with cheap restaurants as well as street stalls that sell a wide range of cheap and tasty Thai dishes.

Although Dusit does not feature many bars, the bright lights of Khaosan Road are just a short bus or taxi ride way. This vibrant entertainment zone is packed with bars and restaurants. Although Khaosan Road was once mainly popular with students, in recent years the area has smartened up its image a little and the high end bars and clubs also attract more affluent travellers as well as Thai people who want to have a little fun.

Market stalls line Khaosan Road from mid morning until late in the evening and sell everything from clothes to backpacks and suitcases to souvenirs. The recently built Supreme Shopping Complex is another great place to browse for bargains. This modern air conditioned mall can be found on Samsen Road and features several floors of shops and restaurants topped with a multi-screen cinema that shows the latest blockbusting movies in both English and Thai. People who are looking for a little taste of home will also find a selection of fast food outlets here.

Spending a few hours exploring Dusit Zoo is a great way to relax while getting to know this neighbourhood. This is one of the largest and best maintained zoos in the whole of Thailand and contains a large collection of animals from elephants and tigers to rabbits and goats in the children’s zoo. Dusit Zoo also boasts a large lake where visitors can rent peddle boats as well as plenty of other amenities.

The nearest MRT station to Dusit is at Bang Sue, which is just a short bus ride away, while buses and motorbike taxis also take residents to the BTS station at Victory Monument in a few minutes. Alternatively, residents can catch a ferry along the Chao Phraya River from the top of Nakon Chai Si Road. This regular ferry service provides a quick, cheap and atmospheric way to travel to destinations such as Khaosan Road, Chinatown and the Sathorn district.